by Whitehorse & The Body 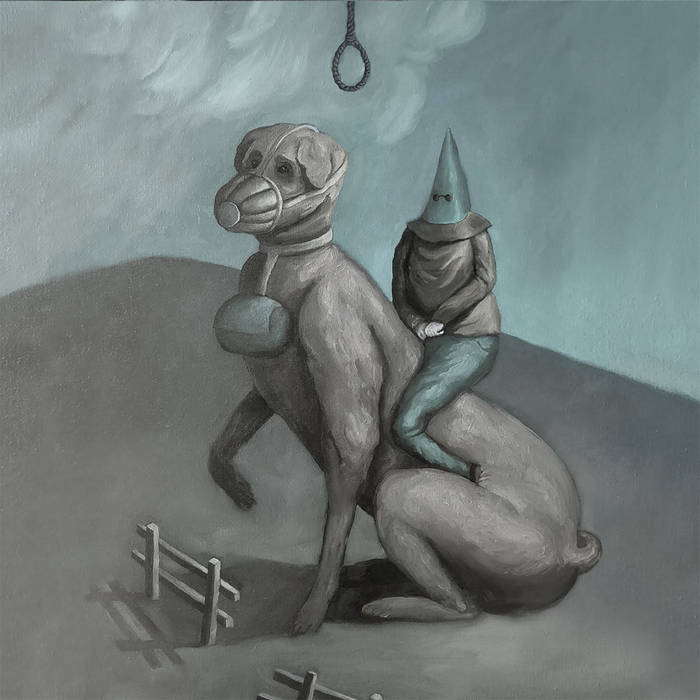 Der Ohlsen "if you dig ridiculous noises, guitar distortions and vocal disassociation for the sake of the harshest mental breakdown experience, then this might just be your jam. Stare deep into the abyss of nothingness while you drift and dance to the electronic beat of depression!"

JDMP This is a banger. The remixes are especially very good. But damn, I love whenever the body does a collab with another doomy sludge band. It is always punishing and misanthropic. Reminiscent of the collab with Thou: fanged, bleak, and crushing.

Having seen its release in 2019, as a limited tour edition CD when Whitehorse and The Body toured Australia together, this much sought after collaboration is finally seeing a vinyl release in two different pressings with the collaboration of Sweatlung and Tartarus Records.

Whitehorse felt that these two epic tracks, having been initiated in 2013, shelved in 2014 and then revived and finalised in 2018 for the 2019 CD, were fully deserving of vinyl release, but not before a generous run through the rinse cycle, hot wash and spin cycle.

Whitehorse engaged some friends to take care of the laundry, and what came out all crisply ironed, folded and ready to put away, was this beautiful nightmare of heavy chaos.

Too good for just one 12” version, so there are TWO different 12” versions!

Both LPs feature the original Whitehorse and The Body tracks on the A-side with a remix of each song on the B-side;

Tartarus Records (NL) Pressing:
Whitehorse & The Body 12” with remixes from Andrew Nolan (Intensive Care / Column of Heaven / The Endless Blockade) manoeuvring the material through an intense hellscape & STATIQBLOOM who brings the industrial whirlpool of darkness to the nightmare..

Sweatlung (Australia) Pressing:
Whitehorse & The Body 12” with remixes from post-breakcore pioneer Bacchus Harsh (formally breakcore pioneer Xian) working his magic sparkle, and Emil Bognar Nasdor (Dawn Of Humans / NARC) who takes a song for a race around the track, before sending it to the glue factory in explosive style.

As an addition to the vinyl releases there will also be a limited cassette on Tartarus and a CD version on Sweatlung both of which will include the original Whitehorse and The Body material and all 4 remixes!

All material for these releases are mastered by James Plotkin.