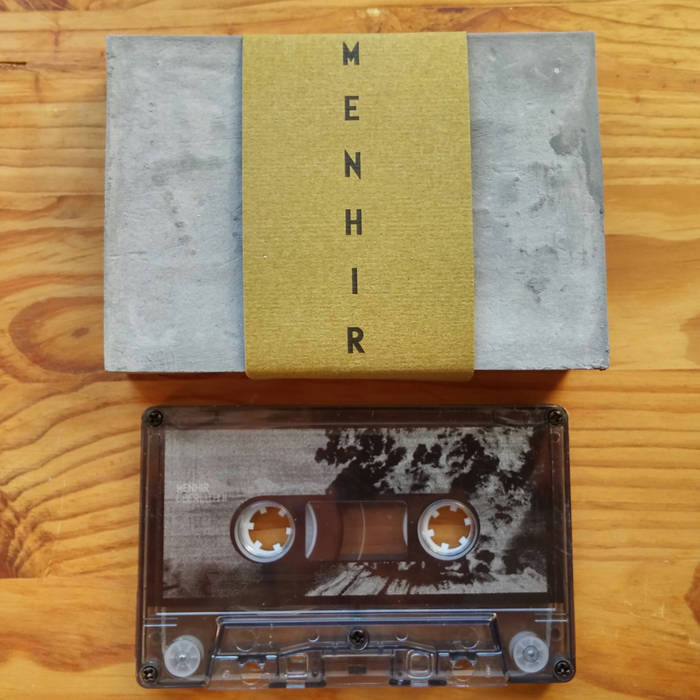 He woke up from his daze, trying to get his head unstuck. This year's mede was better than ever. Urgh. As he stumbled towards the one bright spot in the darkness that was his lair, he tripped over a carcass. The thump resonated in his head far longer than was necessary. The constant yapping of the dog only made things worse. One day, he'll crush that tiny little skull in his oversized hands and feel nothing but regret. But for now, the dog lives. As he grabs his chisel, a noise outside creeps through the murk that is his consience. "The Romans, the Romans! They are coming!". Suddenly, there's a clarity. It's time to party.

Around the corner of Queens Of The Stone Age and next to the village of Asterix live the three-piece that is Menhir. It's a well-picked name for a band that is often described to be 'as solid as a rock'. Adjectives like 'heavy, big-ass and overwhelming' are also often used, thanks to the use of two bass players and one drummer. Formed in 2012 they play a brutal mix of southern and stoner rock. (Feat. members of Ortega).

Edition of 50 tapes
Encased in a solid plaster brick.

NOTE: You will need to break the packaging to get the tape out! Breaking the case is at your own risk!!