The Fifth And Final Sun 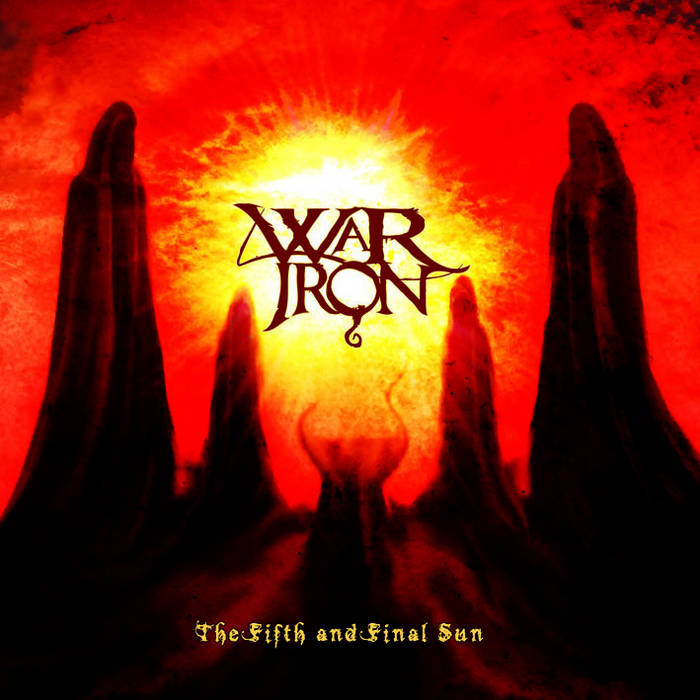 Last year we received a letter from the Dark Men. We had been living under a tentative rule of peace for some years now, but this morning brought a thunder at the horizon. The rising of the fifth sun showed us a coming battle. Where once these were silent killers, they now came bearing colossal, dark, mechanic death. Although we had armed ourselves, the deafening rhythm of pistons proclaiming an ending brought panic. The Sacred Tree, once a beacon of light, now smothered in noxious fumes of decay, splintered and shredded, an omen of the hours to come? The Black Fleet trampled our barricades without so much as a stutter, the growls of metal against flesh pierced the sky’s gloom. This is the age of war iron.

The Fifth and Final Sun is 40 minutes of downtuned, twin bass doom sludge madness. A barrage of heaviness aiming to crush souls and maim minds of an unsuspecting world.

War Iron possess the unbearable heaviness of bands like Horse Latitudes, Stumm or Conan, the murky, crushing groove of sludge-doom bands like Weedeater, Moloch, Salome and the brutal, suffocating mixture of noise and slowness like in Khanate.

Edition of 100 tapes
Comes with a War Iron button