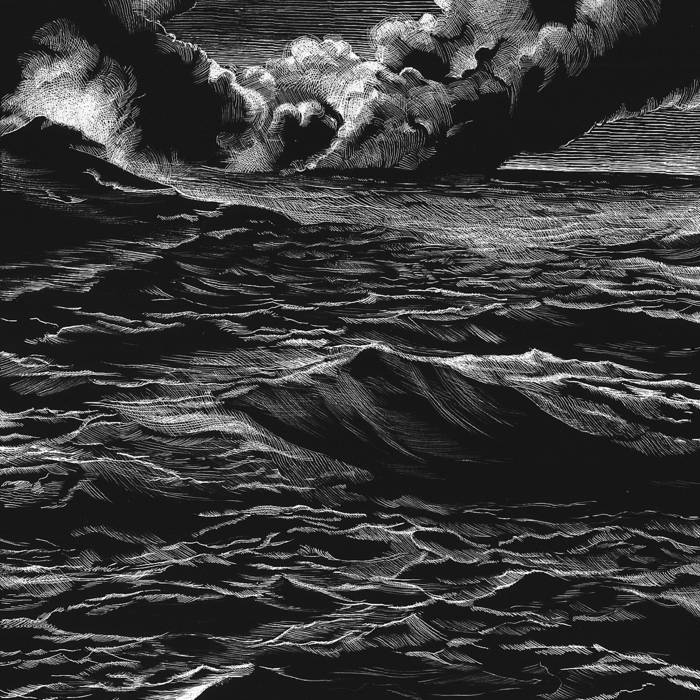 Cris the soundscape is overwhelming Favorite track: Fate and Technology.

For these past four years, I have been waiting. He said he'd be back when Volans and Serpens would rise entwined. That date has passed some time ago, but still, this has happened before.

I have made my sacrifices at the altars of Llŷr, now his fate rests in the arms of those beyond me. They tried to tell me of what happens there, and how a man's soul changes, and how some legends might be true.

And how still I wait.

Last night, the storms ravaged our coast. Old Man Pwyll was swept away when he tried to save his daughter. Amid the sound of crashing waves I raised my voice in anger. I hope he will not be punished for this.

Because still I wait.

The wind is seeping through the cracks. Yellowed papers hold the walls together. Dilapadation has a firm grip on the house, this land, this heart. I have heard the chiming.

Yet still I wait.


Eight Bells features within its ranks SubArachnoid Space alumni Melynda Jackson and Christopher Van Huffel. A native of rural Texas now based in Portland, Oregon, Jackson’s Eight Bells continues in SAS’ tradition of heavy guitar exploration, adding a blackened dissonance to the mix and minimalist vocals. Jackson is accompanied by classically trained six-string bassist Haley Westeiner who created the centerpiece vocals on “Fate and Technology” and also provides harmonic counterpoint to Jackson’s newly discovered vocalizations. Van Huffel resumes the throne he occupied for ten years, bringing his thunderous, nuanced double kick playing with him. With this power trio, Jackson has found a group that brings focus and support to her unapologetically expressionistic experimental metal music.

Engineered by sound mastermind Billy Anderson, The Captain’s Daughter features four organic soundscapes that oscillate seamlessly between tranquil and terrifying. Details SteelForBrains in an early review of the offering: “Perhaps the most tremendous achievement of The Captain’s Daughter is its ability to evoke atmospheric qualities of a multitude of genres without succumbing to the confines of any of them.… Eight Bells seem intent on giving the listener a broad canvas of sound to work with without seeming grandiose or tedious, and with The Captain’s Daughter they succeed on every level of that presumed intention. Utilizing the negative space of sound in a way that many other bands would do well to pay heed to, Eight Bells has created a masterwork with The Captain’s Daughter – easily placing themselves in a realm of music that will rarely be matched this year.” Metal Psalter calls the record, “a journey into the far reaches of one’s mind through sound that acts as its own wordsmith,” Sentire Magazine notes, “The Captains Daughter is a black metal and drone tinged journey through psychedelic doom. Featuring four tracks over about 30 minutes, each song takes it time exploring various themes.

Edition of 100 tapes
Comes in a screenprinted black velvet pouch