by Radar Men from the Moon 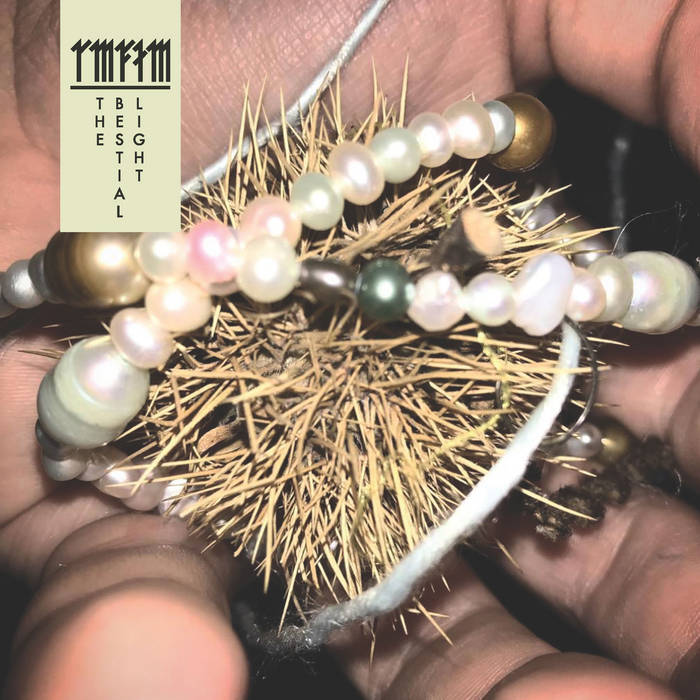 Stijn Van Hees Gone is the meandering melliferous psych-rock, left behind the jittery elektronic explorations, THIS people is droned up punk-sludge-hammer to the face, your face, the face of reason and the face of conformism alike Favorite track: Self.

Dutch experimentalists RMFTM are ushering in their tenth year as a band with their sixth full-length ‘The Bestial Light’, due for release May 15th via Fuzz Club and Tartarus Records, and marking yet another evolution in sound and line-up from the shape-shifting Eindhoven-based collective. Across their extensive back-catalogue and many collaborations (including with the likes of Gnod, The Cosmic Dead and 10 000 Russos, as well as the occasional art piece), the band have moved from expansive space-rock to avant-garde drone and industrial techno. Now, however, is the time for something else.

Bolstered by the addition of a vocalist and second drummer, the incendiary ‘Bestial Light’ LP sees the band move on from the electronic experimentations of the Subversive album trilogy (culminating in their most-recent LP, 2018’s ‘De Spelende Mens’) and last year’s ‘Bliss’ EP. Their new direction, instead, finds them journeying into a dissonant industrial punk sound that’s Einstürzende Neubauten and early Swans by way of Neurosis and Godflesh. Fusing heavy industrial rhythm sections, biting post-punk vocals and crushing “acid metal” riffs, the new incarnation of RMFTM (aka Radar Men From The Moon) is comprised of core members Glenn Peeters (guitar), Tony Lathouwers (drums), Titus Verkuijlen (bass) and Bram van Zuijlen (guitar/synth), with the addition of Joep Schmitz (drums) and Harm Neidig (vocals/saxophone).

Not long after recruiting the new members, the now-expanded RMFTM headed back into the studio with their long-term producer Bob de Wit (Gnod, A Place to Bury Strangers, Mudhoney), laying down the new album in 14-hour shifts over 12 days: “We were constantly 100% on it so the process was quite intense but also very rewarding. You can definitely hear that on the record.” On the album’s theme, borne out just as much in their creative approach as it is as the lyrics and instrumentation, they say: “We wanted to write about everything instinctual in mankind, individual desires and true will. Transgression and the seductiveness of unreason.” Unsurprising, then, that ‘The Bestial Light’ is such a primitive, borderline-depraved affair; one that constantly feels like it’s hurtling towards an edge that you’re never quite sure you want to look over.

Opening-track ‘Breeding’ is a discordant, austere piece of work full of tension. As they do throughout the album, the vocals shift from bleak spoken-word to throat-shredding screams whilst the instrumentation dissolves from dark, pulsing drones into heavily-distorted chaos. Perhaps perfectly articulating this duality, title-track ‘The Bestial Light’ comprises a spoken-word piece over an ominous, slow-building drone whereas lead single ‘Eden in Reverse’ rides a filthy, heavy groove that’s punctuated by stabs of noise, the vocals at their most unhinged and tortured. Similarly, where ‘Piss Christ’ is an no-holds-barred piece of jagged, screeching post-punk noise, the following track, ‘Sacred Cunt of the Universe’, is a trance-inducing instrumental piece complete with cinematic saxophone.

Always ones to enshrine their work in some manner of obscure imagery and theme, ‘Self’, an exercise in distorted post-punk repetition, is inspired by the ideas of psychoanalyst Carl Jung and occult artist Austin Osman Spare (“It’s not just about the contradictions of the Self, but also Self-Love. It describes a mental state in which the Ego is able to enter a state of no limitations”). On ‘Pleasure’, atop the cold guitars and dual drums beating into each other like a dialogue, the lyrics talk of “worshipping the sun”, the anguished, synth-driven album-closer ‘Levelling Dust’ is a song about Existentialism and the previously-mentioned ‘Eden In Reverse’ describes “the decline of the decadent and beautiful ancient Rome and the rise of Christianity and conservatism.”

"Reminiscent of White Hills' brand of far-out space-rock, though there's other interesting stuff going on here, such as its post-punk Föllakzoid-ian basslines, the clanging industrial beats and spiky, repetitive no-wave guitar" The Quietus

“RMFTM lay out an unsettling ambient backtrack against which all manner of alien and mechanical sounds perpetrate disruption… The sound is experimental and free.” Soundblab

"The immense head-on collision between psych and acid house stretches the definitions of noise, space and time." Artrocker


Bestial Light is a collaboration between Fuzz Club (vinyl) and Tartarus Records (cassette).

Edition of 100 cassettes housed in a diecut cardstock case.