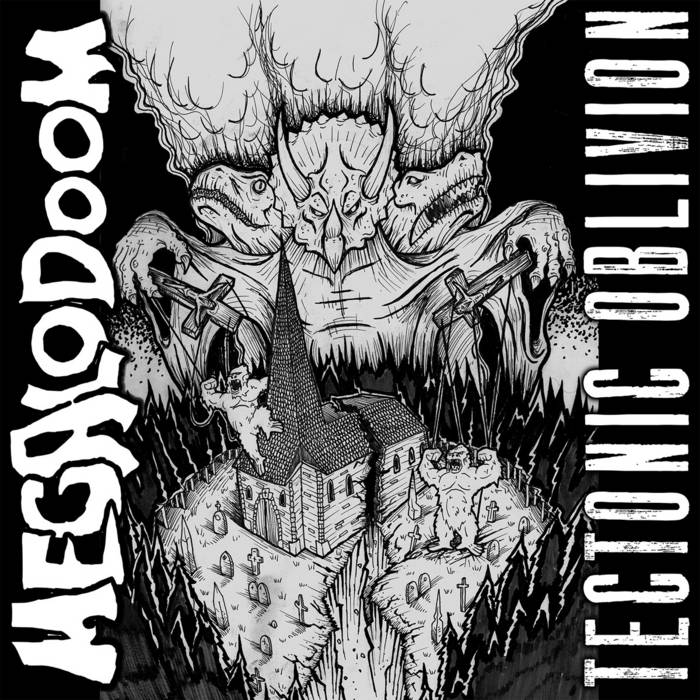 Alexander Chambers Truly filthy riffs ahoy in this plunder of ear shattering booty. This music make me feel like I should be exploring a long forgotten quagmire with only an inefficient piece of string and a torch with no batteries as my guide. Favorite track: Sword of the Spirit.

These lies must end.

Listen, legends of dragons are found among most societiees. For example, there are the stories of Bel and the dragon, the Kulta of Australian aborigines, St. George and the dragon, and of course many Chinese legends. Often, the anatomical descriptions given are consistent, even though they come from separate continents and various times. These depictions match what we know from the fossil evidence of certain dinosaurs. Thus, dinosaurs are known directly from their fossils, and indirectly from cave drawings, tapestries, textiles, figurines, carvings, bas reliefs, and many oral and written eyewitness accounts, most of which are quite old.

To uphold the belief that dinosaur and men have not coexisted is a clear fallacy, and thus punishable under the laws of this church. Do you have anything to say for yourself before the Summit doles out justice?

Edition of 100 tapes
Housed in a printed cardstock case