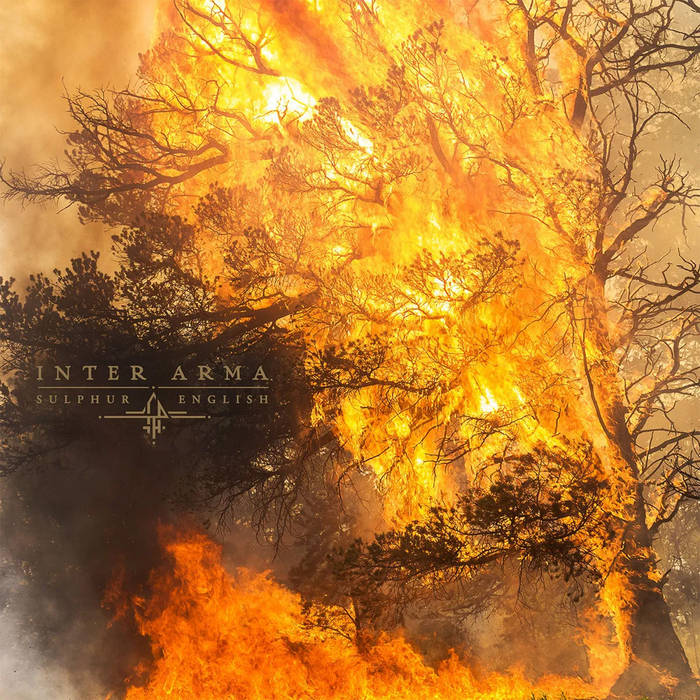 Richmond’s INTER ARMA, reigning masters of the slow build, continue to trace a distinctly ambitious trajectory through modern metal. Their impulses tend toward the epic, but never bloat; they meld several styles — doom, sludge, and hard psych — without coming off like dilettantes. This newest full-length, Sulphur English, finds them mining deeper in the proggy organic doom fields that made both Paradise Gallows and Sky Burial so thrilling while expanding further the on the psych-folk strain that made those albums’ peaks seem so lofty.

Few metal bands have ever made such effective use of acoustic instruments in truly heavy environments as INTER ARMA do; the acoustic guitar that stitches “Stillness” together is as effective as any overdriven bass; a two-minute gloomy piano-and-feedback piece titled “Observances of the Path” rolls out the carpet for “The Atavist’s Meridian,” an album highlight that rides a gigantic, roomy drum sound into realms akin to a murkier Paradise Lost, a more aggressive Om, and a dreamier, more stoned Kylesa all playing together at once. Few bands make music as engrossing as INTER ARMA; their lengthy, almost meditative songs rumble patiently forward until you’re ready to get thrown off a bridge — and then they throw you, with great force.
– Words by John Darnielle

Edition of 100 cassettes housed in a die cut cardstock case. No download code.