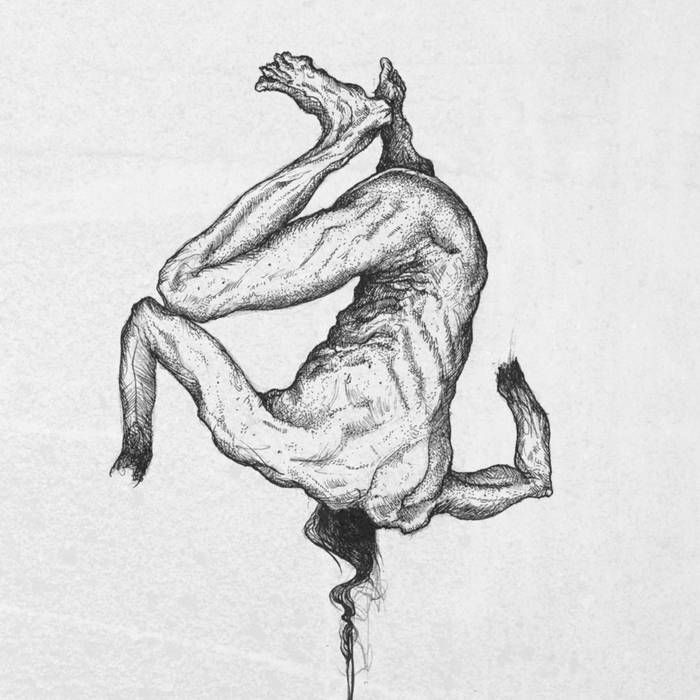 “To be at sixes and sevens”, she only heard that from the elders. As if time was anything to base a position on. It is place, position, the movement, that is what creates meaning. She used to talk about emotions. Not anymore. Love is broken as often as any law. Sorrow troubles the eyes and softens horizons. Rage is a blind judge, creating martyrs rather than righteous sacrifices.

“Set the world at sixes and sevens, die a martyr if you will.”

For a martyr to be, a purpose has to be served. Thus, removing purpose from the act of retribution ensures a safety after death, surely? A liberty from Charybdis’ lure? The path was clear even though submerged: the lands should be raised, the water traversed. This appeared in time nor place. It was up to her to find the movement in time. Now. - Johan van Hattum

PARAMNESIA delivers atmospheric and progressive black metal rather uncommon for the European scene. Their music is inspired by Cascadian black metal bands such as WEAKLING, LEVIATHAN, FELL VOICES, ASH BORER, and YELLOW EYES. Although the band started in 2005, their first demo “Ce Que Dit La Bouche d’Ombre” came out in 2013 and was followed by 2 short Euro tours that same year. While not flawless, the demo was a definite eye opener. A true sensibility, an innate feeling for arrangements, atmospheres which can be both solemn and at times personal, an enthralling musical universe, an atypical and unique sound, and a proactive band are all qualities that make PARAMNESIA a no brainer.


ULTHA is a five-piece Black Metal band from Cologne / Germany. The band started in early 2014 after the demise of band members’ old bands such as PLANKS, GOLDUST, ATKA, IRA, etc. The band set out to derive their own hybrid of Scandinavian and US-Black Metal, (FUNERAL) Doom and Dark Wave Melodies. If you can imagine LEVIATHAN and EMPEROR teaming up with NEUROSIS to play songs by Fields Of The Nephilim you get ULTHA. The band’s songs are mostly longer than 10 minutes and range from super fast blastbeats to slow and sludgier eruptions. With their captivating, melodic songs as well as their intense live shows they made a lot of supporters in a short range of time, giving them the chance to play with bigger European and international acts as well as selected festivals. Their first record ‘Pain Cleanses Every Doubt’ saw a lot of positive feedback from fans and critics alike.

Edition of 100 cassettes
Housed in a cardstock diecut case