by Gnaw Their Tongues & Bismuth 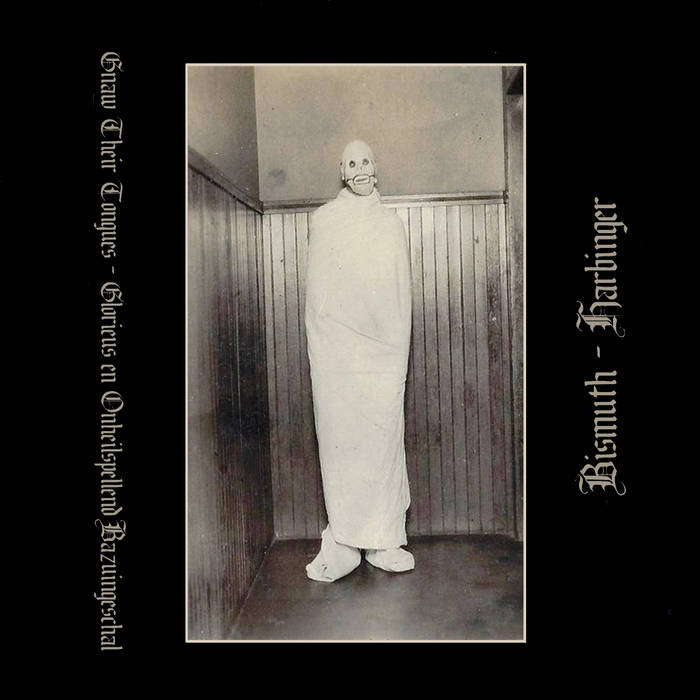 It was a place where the caveman and the prole shook hands. It was huge, loud, and grim. K. had been working here since forever, until the Raven came. It perched on his shoulder and told him of the battles to come. He raised his tongs. The metal gleamed. He wiped the soot away, spreading the darkness even thinner. With each thump, the beak murmured of strife.

The black eyes held a sparkle that lured, the wells were deep and promising, filled with those that were called by the strix of battles before. Their function was on vellum and stone, etched into caves and minds, but somehow only the meaning remained, not the words themselves. Echoes edged the pales, taunting shields were hit and ululations made the air jitter.

The wailing of the turbine brought him back to the factory floor. They were staring at him in trepidation, or at least concern. He heard the wings fluttering in the background. The message had been delivered.

Edition of 100 cassettes housed in a diecut cardstock case.