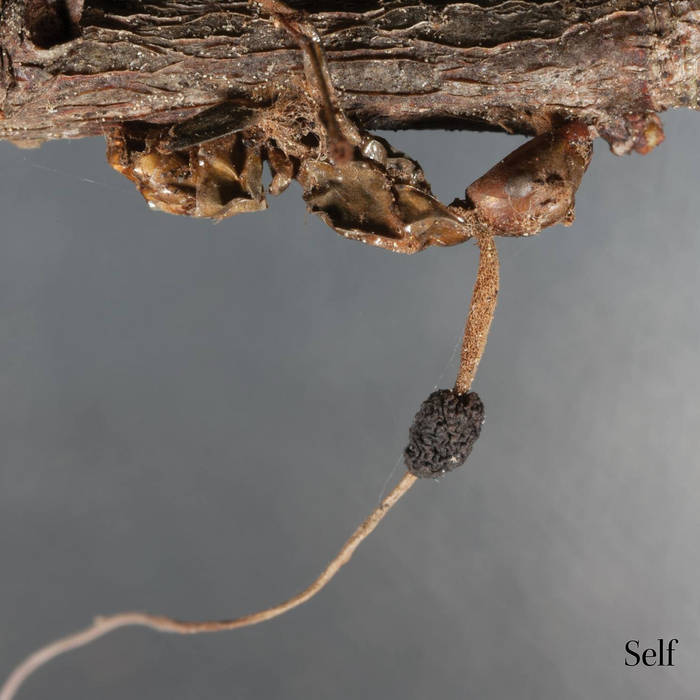 Spinebrain There is never enough Hollandaise sauce in my black metal. Favorite track: A Marriage of Flesh and Air.

The album focuses on the problem of self. Six tracks explore different ways to live, or fail to live, with self and world. They embody the struggles these paths and strategies create: blindness, suffering, a desire for release, the destruction of self and others as well as the turning towards -or away from- life.

Self as prison, self as a source of power, self as vessel for manipulation by outside forces, self as shield and as inner world, self as medium for Dionysian rapture, self as something to be overcome.

In the six songs that constitute ‘Self’, the rage of black metal is paired with a cathartic destruction as well as a contemplative, sometimes crawling melancholy. Instead of navel gazing or the worship of constructs, ‘Self’ is analysis forced. A cerebral celebration of liberation at all costs and a requiem for spheres rendered apart.

‘Self’ is a collaborative effort, as Burning World Records/Roadburn Records (gatefold lp), Consouling Sounds (cd) and Tartarus Records (cassette) will each be releasing it on their preferred formats in October. The record has been recorded and mixed at Studio Independent Recordings and mastered by James Plotkin.

The artwork of ‘Self’ depicts ants, consumed by Ophiocordyceps. These parasitic fungi appropriate the brains of whichever host they infect, to manipulate and effectively destroy its self-regulating features. Through this annexation, the ants become empty shells of what they once were, governed by a destruction from within, imposed and irreconcilable.