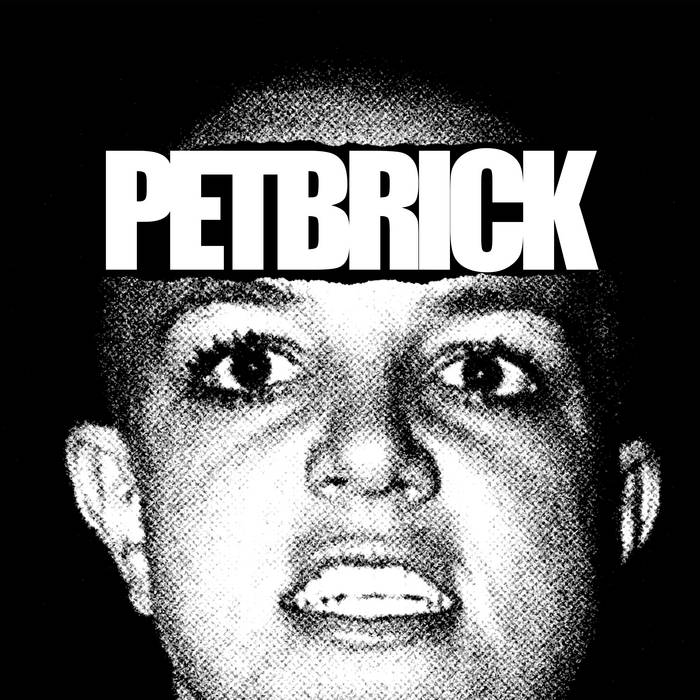 S/T is the first output from Pet Brick. Inspired by too much coffee and a love for all things noise.

Initially self released by the band in a very limited amount of cassettes. Now their debut will see the light again through Tartarus Records.

"Mad, Insane and totally Fucked in the Head is how you are going to feel after just one listen to the new project by Wayne Adams and Iggor Cavalera called PETBRICK. You can not describe their music in terms of genre because they are on some next level futuristic soundscapes that will attack your inner and outer ear. You can tell that this project came together as a labor of fucking love and passion for creating music that has never been made before. PETBRICK uses rhythm as a weapon to open up your sonic consciousness." - CVLT Nation

"It’s a sort of natural high. You get used to it, and then the desire starts. Desire leads to craving. And then, my boy, the dreams start. Lucid yet pallid. It’s a layer of distance on all things acute and true.

You start the hear the tiny sighs, the sounds behind the facades. It’s a lure of sorts, a welcoming? An invitation! Most of them want to feel it to know that they’re alive. Of sorts. See it as fulfilling wishes. The godmother they never knew they needed.

Now it’s your time. Can you feel it? The pressure in hand and heart? The buzzing and the thumping? Learn to give it a place. Do not let it lead you. Guide you. Let it show you a chance. Redemption in action." Johan van Hattum