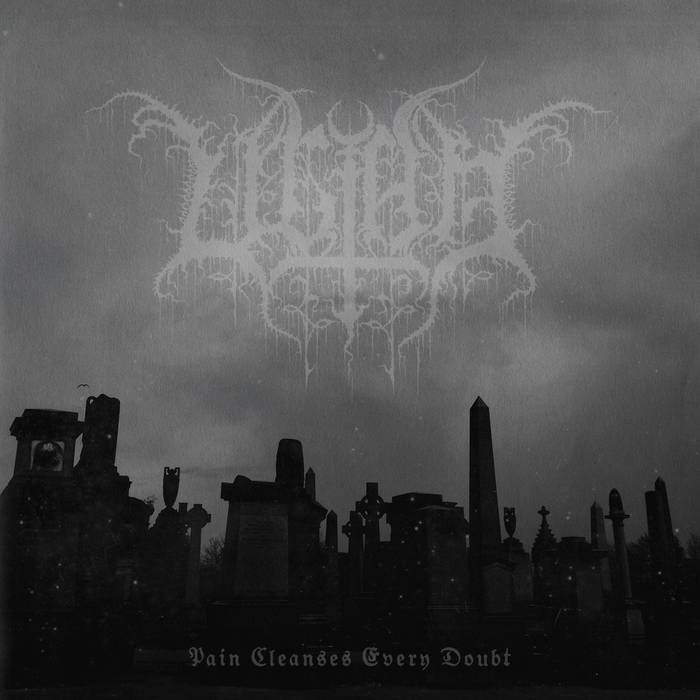 She was always looking for the correct term. ‘Le mot juste’ as grandfather would quip, in his agonizing trail through life. “It is precision that gives writing power”. Where are your quips now, old man?
As dusk settle upon the heathered hills, the cold slowly crept up on her. With a faint smile, she was tracing her name into the soil. Let it be known I was here, even though You cannot know me. – written in monosyllabic form, to be destroyed and transformed and destroyed again.
All that she ever wanted was to leave a trace, all the universe gave her were vapid surfaces, hardly to be dented. It was time for a different mallet.


ULTHA's debut record features four epic songs of dark, moody Black Metal somewhere between the traditional Scandinavian school and a more contemporary US-Black Metal approach. “Pain Cleanses Every Doubt” is for fans of Ash Borer, Xasthur, Leviathan, Christicide, Blut Aus Nord... The four songs often vary in speed and mood, yet always functioning as one big entity. A constant feel of urging darkness is present. This manifests in the omnipresent melodies which lure the listener in and also in the sophisticated, metaphor ridden lyrics about melancholia, depression, doubt and anti-religious believes. The record was recorded in the bands rehearsal space only a few months after the band's initial first rehearsal. There is a fine balance of a cold, rough feel to a full and heavy sound, embodied in a very mature songwriting for such a young band.