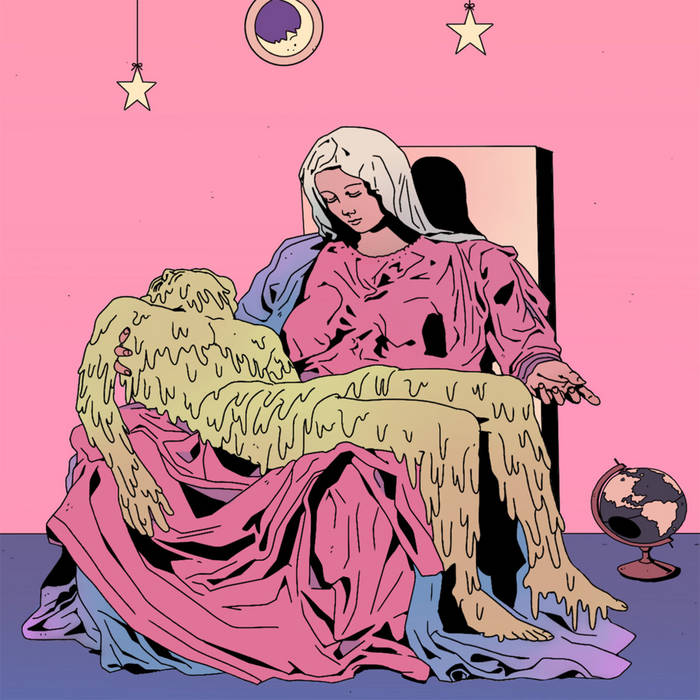 Lazy Legs is Laura (bass/vocals) and Michael (guitar/vocals), a duo based in Portland, OR. Their sound fluctuates between shoegaze, grunge, slowcore and doomgaze. The two met in Chicago, and after releasing their first EP they began playing shows within the local DIY music scene. Also building up material in their bedroom studio for their debut album, VISIONDEATH, which dropped in mid-summer of 2016. The album garnered modest attention from internet shoegaze circles and indie music blogs.

Taking some time off of the band, the duo planned a move from Chicago to Portland, arriving in the fall of 2017. The move coincided with a shift in their sound, which was just beginning to evolve from the psychedelic atmospheres of shoegaze to the more raw, grounded territory of slowcore, grunge and doom. In spring of 2018, the band released their third EP, Tremor, which bridged the gap between their old material and their new direction. Easing in to their new life in Portland, the two utilized a more gradual approach to their next set of songs. From summer of 2018 through late winter of 2019, the duo worked on and completed their sophomore album, Moth Mother. After an opportunity to release the album in early fall of 2019 dissolved, the band decided to self-release Moth Mother on cassette towards the end of the year.

Moth Mother is a departure from the band’s previous work, leaning into more raw, darkened territory. Crushing blocks of guitar distortion stand next to calm interludes, all coated by pensive, reverb-laden vocal harmonies. The album strikes a balance between gentle resignation and smothering depression, whilst maintaining a serene sense of catharsis. Songs such as It’s True are emblematic of this feeling, seemingly perfect as the soundtrack to a prom night ending in tears.