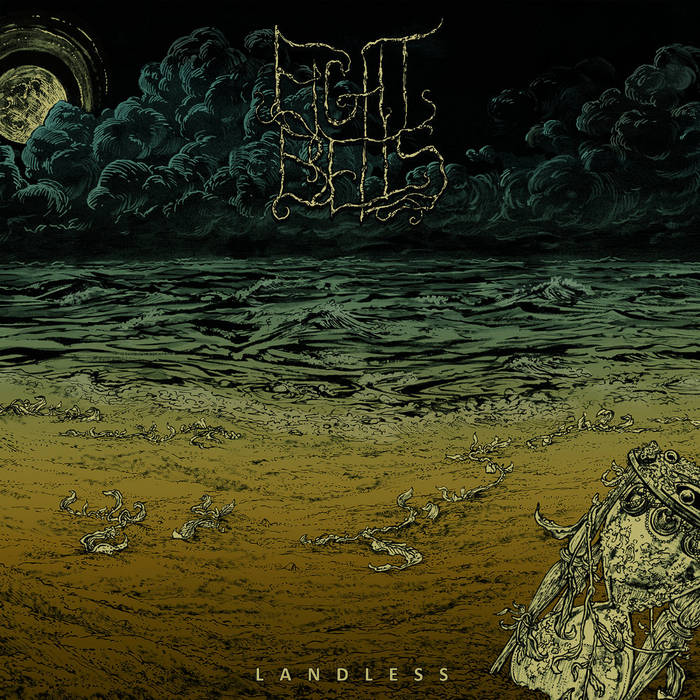 Helhest Wondering why Eight Bells is not listed on Metal Archives, maybe because it's not metal enough or some other obscure reasons are at work... More metal or less metal, some distracted mind probably didn't pay attention to this huge and heavy work, atmospheric doom with psych influences from the nostalgic last century rock and some black metal-ish incursions. Eerie vocals - clean and harsh - guitar soundscapes waving between heavier distorted parts. Recommended (for metalheads). Favorite track: Landless.

Paul Schwarz Eight Bells are among a very select collection of 21st Century bands whose sonic vision speaks to a century to come. A collision of primal power recalling Manowar during The Boss's singular tenure with a richly melodic aesthetic mixing multiple vocal and instrumental textures that is more reminiscient of Hexvessel (contemporary ref) or perhaps Wishbone Ash ('classic rock' ref). Rarely has this MF been so inspired to #DAA Favorite track: Hold My Breath.

The clan Mac Lir had been told stories since the days of Mannanan, them from across the water would call them myths, perhaps faery tales. Aoife, she was called. Sent to atone for the absence of a mother, she made sure there was an absence of children. 'What a way of dealing with the problem at hand...', Fionnula smiled. Cygnus was home late again. She was sure she had seen the vessel crossing the bar. Now to make sure he didn't cross one.

She awoke in the middle of the night, not sure whether it was by choice. She held her breath, as if submersing herself in the nightly waves that crashed outside. If she could not feel the deep sea swell in her bones, she was not home. There was a cabbeling now, the sinking feeling that two stories were creating a third, a depth which should be avoided. Yet it were these stories that forged the clan.

Grabbing her grandfather's oar, she stepped outside, surrounded by swans.

Edition of 100 cassettes
Housed in a die-cut cardstock case