Hymns For The Broken, Swollen and Silent

by Gnaw Their Tongues 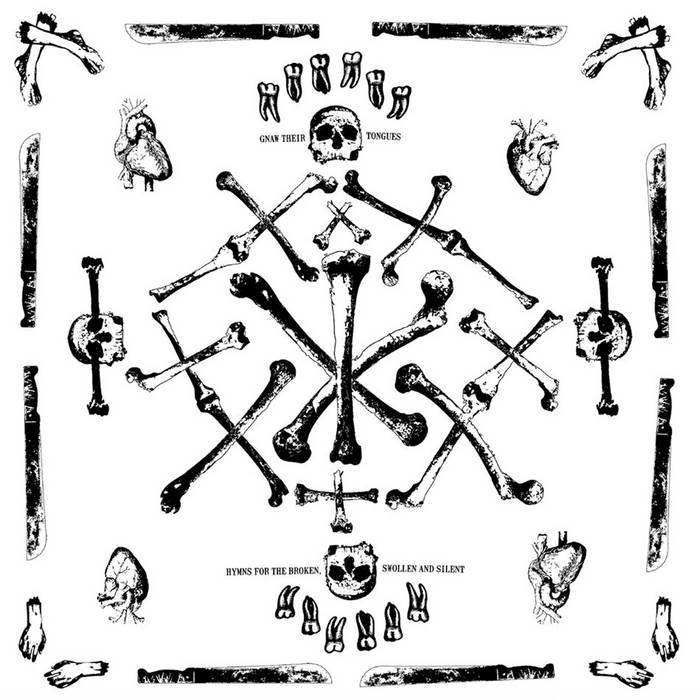 TAR069 Gnaw Their Tongues - Hymns For The Broken, Swollen and Silent

The Dutch master of all things nightmare Gnaw Their Tongues returns with the release of his brand new offering Hymns For The Broken, Swollen and Silent. The new album shows Gnaw Their Tongues at the top of its game. The band started out as a studio project, but has recently started performing live, and it feels like this carefully found its way into the music. Don’t get us wrong: oppressive, bleak and claustrophobic remain the key words when describing the unique output of this drone/noise/black metal infused miscreant of Mories. The music grabs you by the throat and sucks all the air out of the room. Although it leaves little more than an anaerobe environment, the music itself feels likes it has been breathing and organically growing into this true beast of an album.

The album will be available on vinyl through Consouling Sounds and on cassette through Tartarus Records.