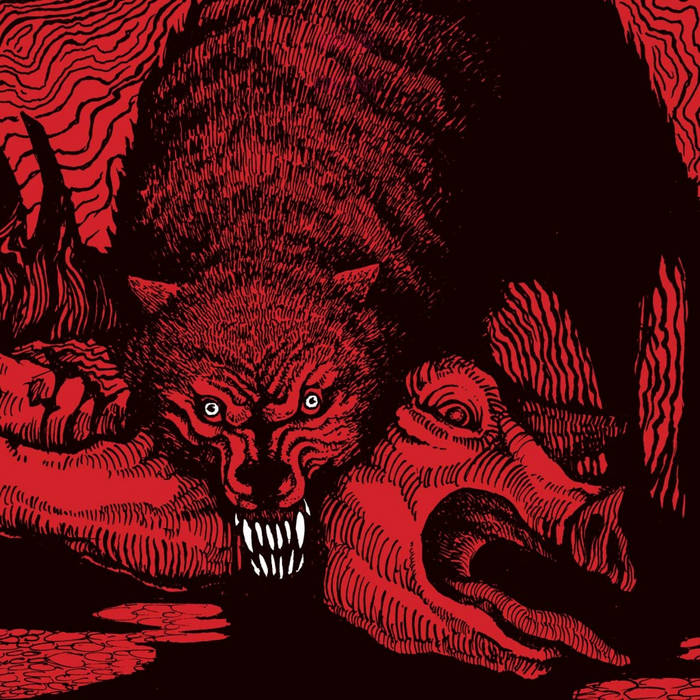 Cris I am stoned!! Favorite track: Stoned To Death.

He had barely turned eighteen when the request arrived. Request? Summoning. Just like back when...

The following months were a blood-soaked blend of darkness, thunder, shrieks, and a constant haunting feeling of being trapped in sludge and grime forever. The remnants of his company had named themselves 'wolves of war', in a desperate attempt to make the blood run fierce with pride again. He clenched the knife that had etched its marks in friend and foe alike.

It was time to fill the void.

The possible survivors of the smoldering crater that the Herder debut album left after impact, are now completely finished off with a furious deathstab to the neck. No mercy, no positivity, no sobriety. Only the strong will be left standing, the rest will have their throats ripped out. Filth ridden bass, crushing triple guitars, thunderous hammering drums and genuinely pissed off vocals lay down the soundtrack for prison shanking, bar brawls, heavy smoking and lizard night drives at high speed! Lock up your wives, daughters, and well, your dogs too just to be sure. “Horror Vacui” is the new weapon agains human morale and it fucking destroys! FOAD - HERDER IS HARDER