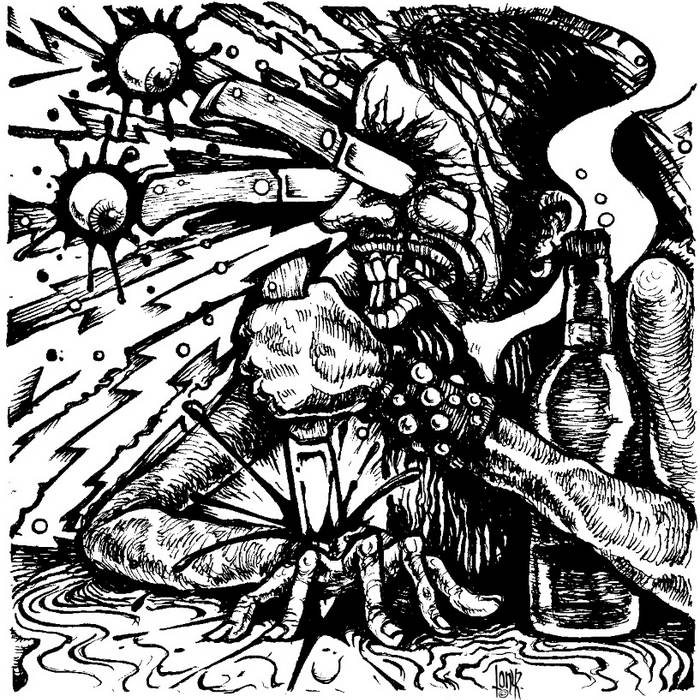 As the night sky was thrashed by flares and canisters filled with what he expected to be what killed N., his mind wandered, quickly and quietly, to the times before.

The glint in the eye of his girlfriend. His father's hand on his shoulder. His little brother handing him a self-made knife. All the boys, marching, grinning, eager.

A pop and a hiss and a mist of flailing arms. He gulped the yellow bile, drained his flagon and thrust the knife in his throat.

Herder was conceived from the murky swamps by JB to praise the holy crushing scepter of doom and release the low filthy sludge in a revelation of deep rumbling decibelquakes in the hellish underbelly of a world gone mad! Coming in a stabhappy frenzy from the Westereen, the devotion to the HERDER knives was only natural and instinctive and so was the passion for heavy as fuck drinking! Relentless pounding Stoner Doom with a Sludgy vibe was created to wreak havoc upon mankind's feeble outcasts and Lotharios: With past / present sexoffenders of DR DOOM, RUSH N ATTACK, ABORTED, OMISSION, URFAUST and THE DEVIL'S BLOOD, you know you are into something furious and fucked up beyond recognition: HERDER IS HARDER, FUCK YOU TILL DEATH!!!!