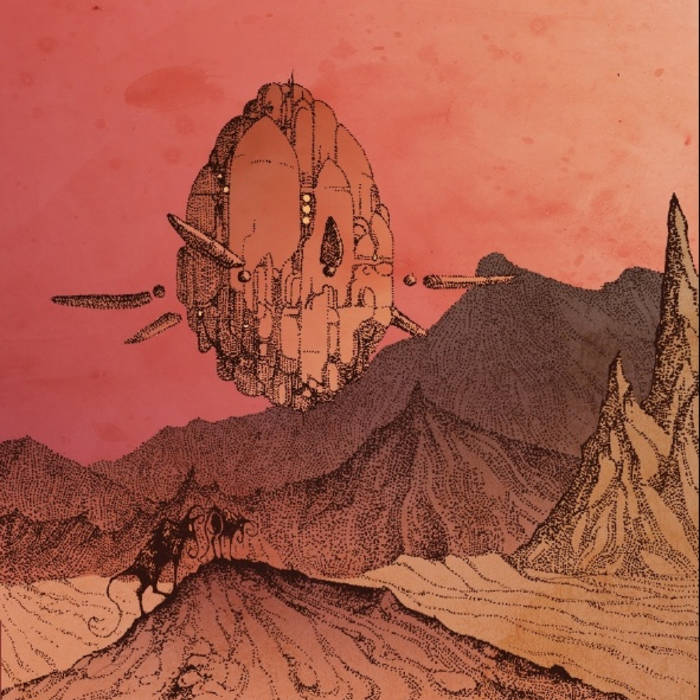 This was the third time her machine faltered. Under the glaring suns, she tried to make do with what the previous owner had left her. As the red light started to fade, a heavy clunk meant that either she'd spend the night here, or she could perhaps get to base camp before Cohaagen lost his mind. Huh, as if.

The logs show that during the night, a signal was picked up by her communicator. A faint crackle, a pop and a deep drone, repeated 7 times.

It was later said it had been an accident. Something moved. Something big. As the search party walked up to the boulder, a trickle mirrored the dawn. "Again?".

The "Belfast Bruisers" return with their heaviest work as of yet. Estron is the Slomatics fourth studio album. Absolutely devastating doom which will knock you off your feet.

"They say that in space no-one can hear you scream, but if you were in space, I’m confident you’d be able to hear Slomatics." -The Sleeping Shaman

Edition of 100 tapes
Comes in a cardboard case