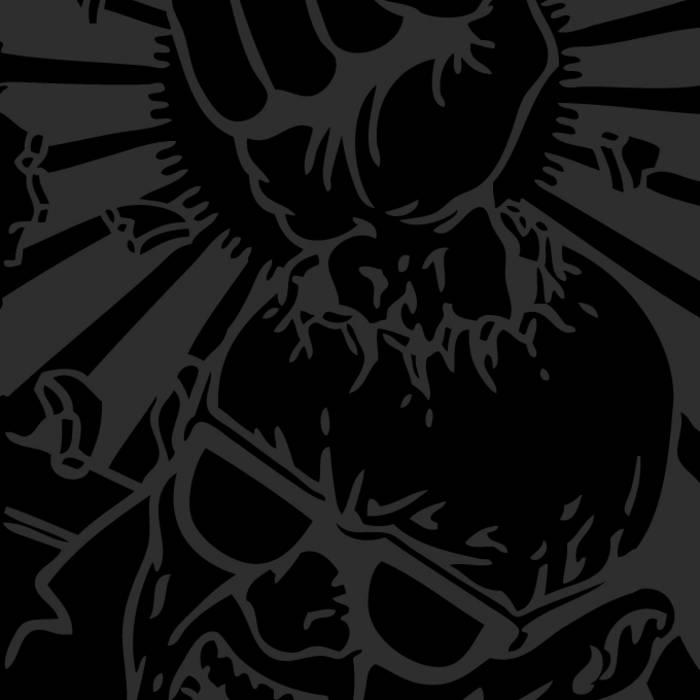 "When he arrived at the mouth of the cave, the emanating smells and the debris crunching under his boots told Colonel Morozko he was on the right track. Peering into the gloom, a grim determination made him grab his saber.

The last thing he remembered was the claw crushing his jaw, the fierce pain as his muscles contorted into a grimace of horror, his follicles sprouting a grey, rancid coat, and the yellow eyes, gleaming hatred and retribution.

Now, as he tries to rub the blood from his skin, he hears the baying hounds. The eyes that stare from the puddle in disbelief jolt his mangled body into a fleeing mess of hair, skin and rejection."

This tape is a "collected works" of 2011 - 2013, covering their material of the splits they did with Diet Pills, Suffering Quota, Daighila, Brito and the yet unreleased split with Pine Barrens.