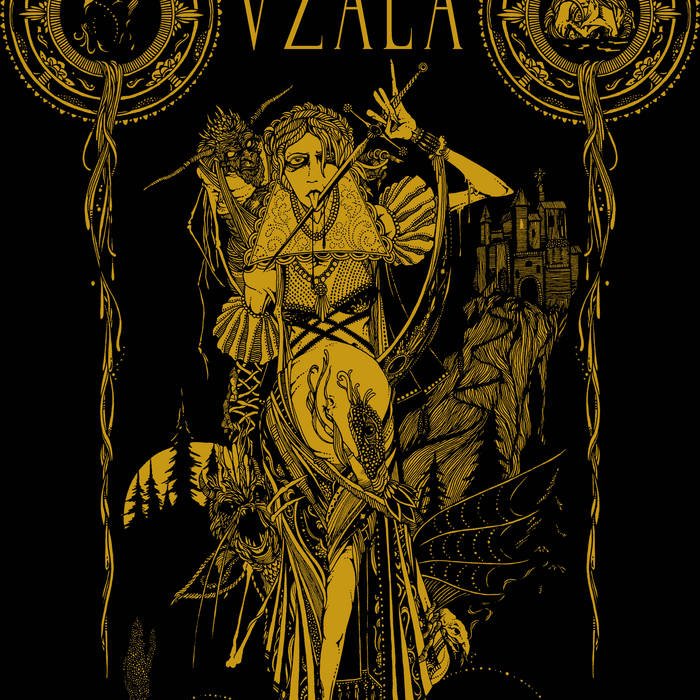 Rhokeheart Decided to get this cassette and import it along with a few others from this label. Definitely cool female fronted sludge metal. Seems a little bit more conventionally composed than their new album but still has that distinctive sound. A great find to add to my cassette collection! Favorite track: Cataract.

The taiga holds many nameless bodies. There are those that perish in the cold, those that have hungered and those who choose to stare Giltine in the ice-blue eyes. He was one of them.

His eyes had left him long ago, but his sense of hearing and presence was enough to let him survive. He stayed with us for seven years, the traps were constantly filled. But some traps catch more than they had intended. It was his decision in the end, his own ruling.

He stepped through the knee-deep snow as if something had been lifted from his shoulders. The grey of his eyes reflected the rising sun with a glimmer that had been missing for years.

Killer, fuzzed-out doom from Boise, Idaho. The first thee pressings were in editions of 50 and 80, followed by a cassette release and sold out quickly.

Now after 4 years the demo gets another cassette treatment by Tartarus with renewed artwork by renowned artist Karmazid.