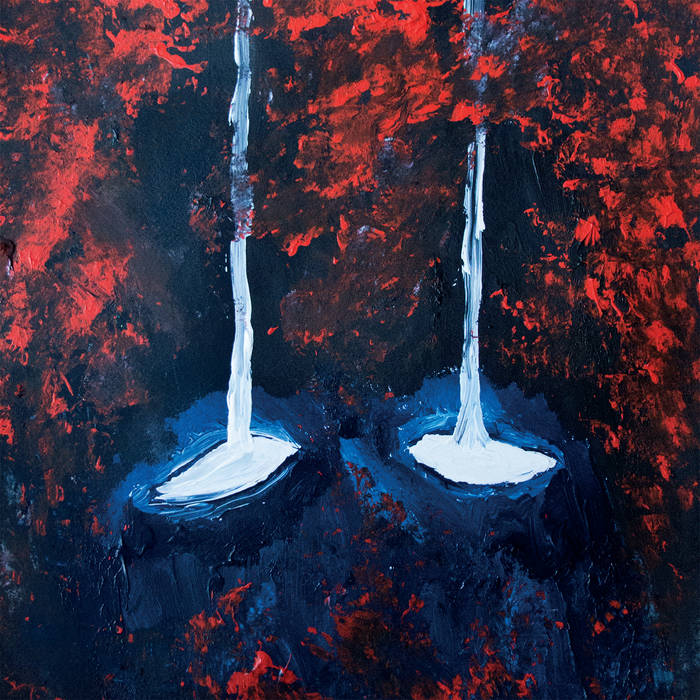 In a fiery and intuitive attempt to come closer to the infinite nothingness inevitable after the palpable lives we live, 2014 saw the birth of Woudloper in Utrecht; at the heart of the Netherlands. After the release of a self titled demo and a change in shape, Verwoed was born and the Bodemloos EP saw the day of light in 2016 — an ode to mankind’s struggle for knowledge and truth in the mundane planes that we inhabit and finding revelation in the destruction of our flesh and hearts.

Three years later, after leaving destructive footprints on multiple cities in the form of live appearances, the first full length, entitled De Val, recorded, mixed and mastered by JB van der Wal, will be released. A hymn to the fallen one, breaking free from all things familiar and safe in a seemingly never ending search for divine truth.

Edition of 100 cassettes in a deluxe embossed box

"When I was told there were more options than alpha and omega, I shrugged. The orthography of existence was inferior to the semantics, or so I thought. What I mean is what defines. Descriptions are superimposed attempts at definition. Under his watchful eye, I started to climb.

Where my hands were placed, I formed being. Where my feet were planted, I annihilated the path there was. The sun was a metaphor, as was everything. By looking inward, I grew. I trespassed. I was cast down.

The falling is never the punishment, it is the landing. I still do not know when punishment will be meted out, but I have been staring upward and inward for aeons, and I welcome it. All of it." -Johan van Hattum