Crushing The Ways Of The Old 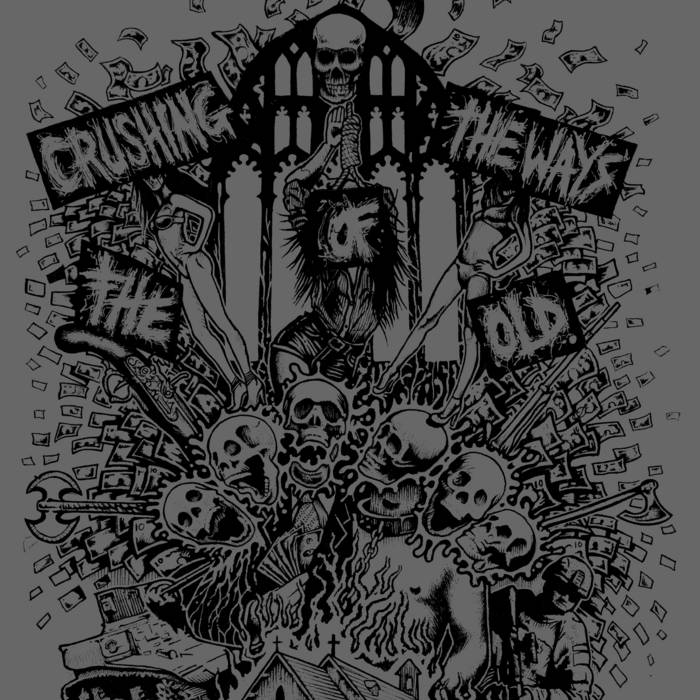 Lots-O-HugginBear Whilst not as top notch as "Riding with Demons" there is still heaps to like on War Wolfs first full-length. It's difficult to find a band that sounds as pissed as these beardnecks.

TAR020 War Wolf - Crushing The Ways Of The Old

His knuckles dragged the front teeth all across the palate, the eyes froze in fear, eventually dimming.

This red tape had held them back too often. Sometimes, these rules of conduct were a mask to be used. At other times, they were that stick to lash out with. He shifted his baret. A glint in his eye and his hands. Time to move.

Finally the debut full-length album of War Wolf is upon us! This is the third release after their first EP ‘Riding With Demons’ and the split tape with Sob Story. Twelve tracks of pummelling Hardcore/Doom from Brighton, UK. Taking influence from the likes of Dystopia, Nihilist and Brainoil. Lyrically they express their hatred for Religion, Homophobia, Racism and Sexism.

This Cassette is a co-release of Tartarus Records and Dry Cough Records. (Vinyl version is being released by Tadpole Records, Atomsmasher Records and Headless Guru Records.)