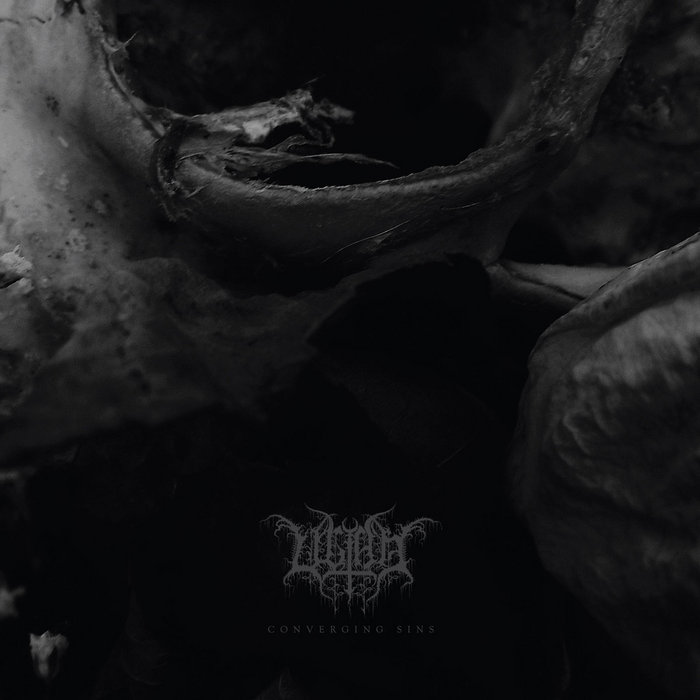 When she stood between the copper turrets, there was an infinite her, an infinity of possibilities just a glance away. That was her daily reminder, there is always another path down a breath’s depth. It had become harder to breathe.
As she stood there, gazing, she felt the bones tremble. The brittle structures upon which every single structure rested, kept up by feigned ignorance and feeble prayers that were readily answered by an echo from the chasms within. She had stopped staring in the abyss ever since its first answer: “Nothing.” She had always known.
She felt a hand on her back. She turned around, mallet raised. The deconstruction of this world was a glance away.

ULTHA's second full-length album 'CONVERGING SINS' is a 63 minute rumination on the subject matter of how past events and wrong decisions will echo throughout the rest of our mortal existance.
Over years experiences of failure and the conscious ability to willingly commit mistakes, to hurt, to reject,
to alternate truths etc. lead to a path where silence in and around you is the ultimate repercussion. The
record is a testimony to everyday melancholia, inner solitude and the human struggle to lead the wrong life in the right, the struggle against your animalistic nature.

On their second album ULTHA further their trademark sound of fast, hypnotic, reverberant Black Metal in a more US traditon played by acts such as Ash Borer, Weakling, Leviathan and Wolves In The Throne
Room. It is combined with crushing Doom heaviness close to acts such as Lycus, Asunder and Forn while also blending in an overall hopeless and gloomy atmosphere mostly connected to Dark Wave bands such
as The Sisters Of Mercy and (early) The Cure. The 2016 EP 'DISMAL RUINS' already showed the path ULTHA follow, adding multiple layers of electronics and slower passages in focus on overall diversive,
captivating songstructures in mix with their juggernaut sound.

The five songs reach lengths up to almost 20minutes while still balancing repetition and settle nuances in riffs to manifest melodies like echoes in the listeners head. And this is a thing ULTHA were good at right from the start: Writing real songs with tons of melody without lacking heaviness and urging intensity. The focus is always on the overall flow and feel of the record. Therefore the music, the metaphorical, cryptic lyrics by main songwriter R.Schmidt as well as the artwork (envisioned by Kevin Gan Yuen of Sutekh
Hexen fame) need to be treated as a whole entity.

Edition of 100 cassettes (more to be revealed soon. This will be awesome.)