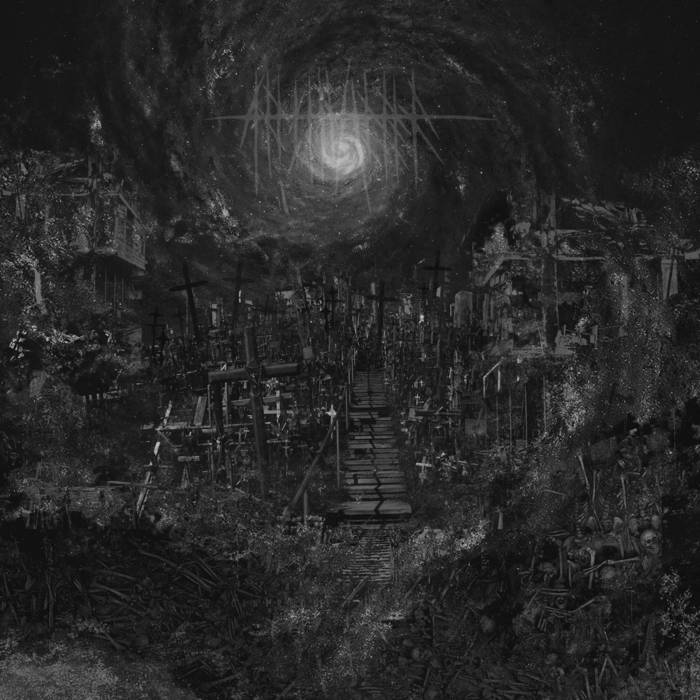 Paul Schwarz Very much growing on me. But is it LOBE that I have for this album? Not yet... Favorite track: Ashen Reign.

Recorded and mixed by Greg Wilkinson at Earhammer Studios (Vastum, Autopsy, Noothgrush) in Oakland and mastered at Audiosiege in Portland by Brad Boatright (Nails, Full of Hell, Vallenfyre), ABSTRACTER’s Cinereus Incarnate delivers an appallingly dense, layered, and oppressive production. The album features haunting dark ambient soundscapes and noise contributions by Sutekh Hexen’s visual/noise luminary Kevin Gan Yuen — who also curated the album’s grandiose and apocalyptic art – as well as dark industrial musician Only Now; an unholy alliance which has yielded a sonic behemoth unlike anything else with an annihilating and otherworldly sound.

On Cinereus Incarnate, ABSTRACTER unravels a blood-curdling sonic tale about a wretched world cursed to eternal twilight, where reality is torn to pieces and existence is reduced to the final stages of survival. Taking form through a deluge of suffocating distortion and dismal atmospheres that defies any categorization, the band creates a hallucinatory and apocalyptic work that oozes with an immanent and oppressive sense of defeat and of unravelling hope, summoning a soul-crushing sonic cataclysm of utter misery and despair.

ABSTRACTER moves further away from their origins and experiment even more with drone, dark ambient, noise, black, and death metal, while also vastly enhancing their primordial pool of influences centered around Corrupted’s slow-moving crushing doom nihilism, Amebix’s apocalyptic end-times crust, and Godflesh’s cold and dissonant crush-depth. At the core of the earth-shaking sonic annihilation of the album lies however an even vaster and intelligible plethora of influences ranging from Blut Aus Nord, Dystopia, Swans, Disembowelment, to Skullflower, Winter, Khanate, and Celtic Frost, coerced to erect an obsidian black wall of monstrous sound that levitates out of solid darkness crushing and devouring everything in its path. Cinereus Incarnate is a catastrophic listen that unifies every concept of sonic oppression imaginable, conjuring the same antihuman and wretched overtones as seen in bands like Dragged Into Sunlight, Indian, Primitive Man, Krypts, Coffinworm, and Triptykon.

The ashes should never be inhaled, as they suffocate; yet here we are. I’ve tried to burn everything that left a trace, knowing that the last trace to be extinguished is my name. A reverie, I remember her name. Luna. The twilight incarnate, mere reflection giving meaning to a dead rock. How now then? What will I reflect?

The caves should never be left, as they bury any proof of existence; yet here I am. I carry the fire in the knowledge that this does not judge; it burns all men. But in its reflection, the shadows can dance. The darkness can shimmer. Those that embrace the extremes of existence might continue to do so. If this is now then.
-Johan van Hattum