by It Only Gets Worse 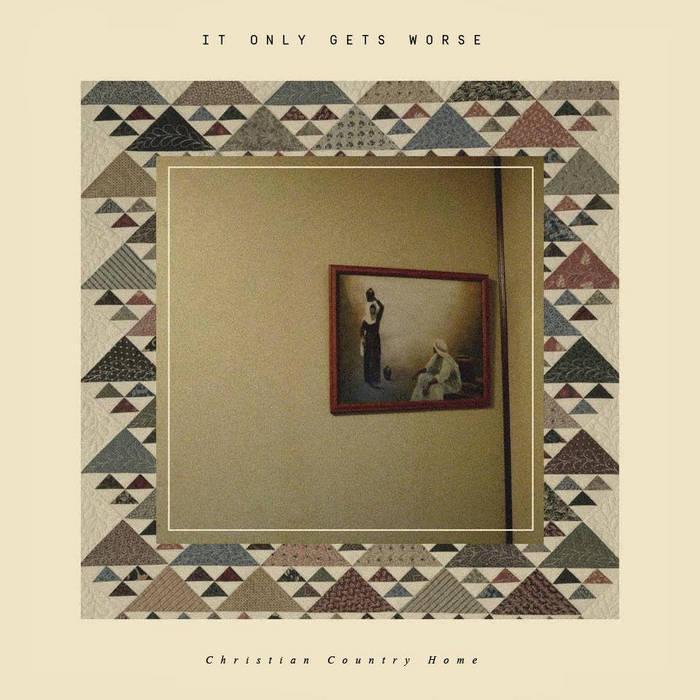 Ricardo Potoroo This song is so messed up, I was really blown away by it when I first heard it, walking home one night. Very confronting, very honest. I love how the arrhythmic drums slowly build layers of suspense, a growing feeling of dread. It hits me hard every time. Favorite track: Christian Country Home.

TAR052 It Only Gets Worse - Christian Country Home

Thank you for coming.

Throughout his life, he was loved by few, and cherished by even less. That does not mean he had no worth, indeed, it only added value to his glints. His gaze has often stopped us in our tracks, making us consider the act in which we were caught. He held up a mirror, of sorts, in which the edges were reflected more than the image. The cracks were tendrils, shoots, messages to be deciphered.

He bequeaths you only this, his most solemn proof of existence:

I trust you know what he means.

Thank you for coming.

'an atmospheric, immersive, and daringly bleak record that lulls you by whispering softly, only to eventually gnaw at your bleeding eardrums'

'Christian Country Home will make you sad, for sure, but for music as good as this, that’s a small price to pay.'

'Christian Country Home contains moments of such sweet sorrow, but on the whole, this album is bleak as fuck.'