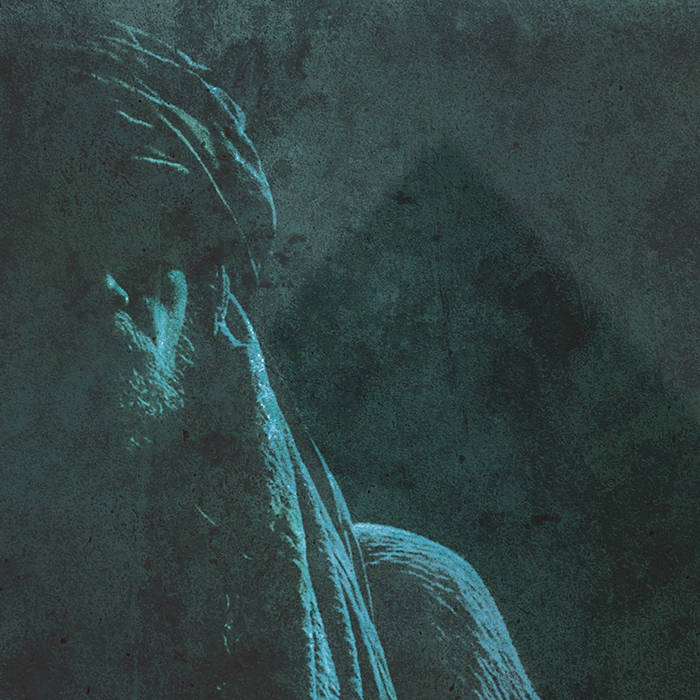 SinderSalmon Someone pulled CRAWL aside and said "dude you need to chill" and handed him a bong, saxaphone, and some shades Favorite track: Kheper - Pharoah's Serpent.

Monolith sub-frequencies intended to lift the listener to a higher level of consciousness, a state of trance and hypnotism. Bong-Ra mixes Doom Metal, Free-Jazz and Electronics in a completely new unique crossover heavily inspired by ancient and pre-dynastic civilisations. His personal philosophy and research into transcendency, the esoteric and existentialism inspired by the musical works of John Coltrane, the teachings of Manly P Hall, the crushing weight of Doom Metal and the open forms of improvised free jazz to create a completely new genre in itself.

A second in the audio adventures into the realms of Doom Metal,after the EP ‘Palestina’, is the full length album ‘Antediluvian’ recorded with Hungarian drummer Balasz Pandi, and featuring guest appearance by saxophonist Colin Webster and bassoonist Chloe Herrington. ‘Antediluvian’ will be receiving a high end vinyl re-release on Tartarus Records.

As one of the pioneers of the electronic harsh subgenre’s Breakcore together with artists like Venetian Snares and DJ Scud, Bong-Ra (v1.0) lead the Breakcore scene for two decades, preaching his manic rhythms across the globe. After twenty years of carnage Jason Kohnen decided to metamorphosize his Bong-Ra alter ego and return to his original roots and passion of Doom. Founding member of the recently revived Dutch Doom Metal band ‘Celestial Season’ and upcoming Doom band The Answer Lies In The Black Void with Martina Horvath (Thy Catalfaque), he transformed Bong-Ra (v2.0) into a sub based Doom machine.

"The Great Pyramid was not a lighthouse, an observatory, or a tomb, but the first temple of the Mysteries, the first structure erected as a repository for those secret truths which are the certain foundation of all arts and sciences. It was the perfect emblem of the microcosm and the macrocosm and, according to the secret teachings, the tomb of Osiris, the black god of the Nile. Osiris represents a certain manifestation of solar energy, and therefore his house or tomb is emblematic of the universe within which he is entombed and upon the cross of which he is crucified.

Through the mystic passageways and chambers of the Great Pyramid passed the illumined of antiquity. They entered its portals as men; they came forth as gods. Somewhere in the depths of its recesses there resided an unknown being who was called "The Initiator," or "The Illustrious One," robed in blue and gold and bearing in his hand the sevenfold key of Eternity. The Master of the Hidden House.

He who was the Master dwelling in the mighty Pyramid, the many rooms of which signified the worlds in space; He alone fully knew the secret of the Pyramid, but he has departed the way of the wise and the house is empty. The hymns of praise no longer echo in muffled tones through the chambers; the neophyte no longer passes through the elements and wanders among the seven stars; the candidate no longer receives the "Word of Life" from the lips of the Eternal One. Nothing now remains that the eye of man can see but an empty shell--the outer symbol of an inner truth--and men call the House of God a tomb!" -Johan van Hattum